IPL 2020: Schedule, sponsors, SOPs to be discussed on Sunday 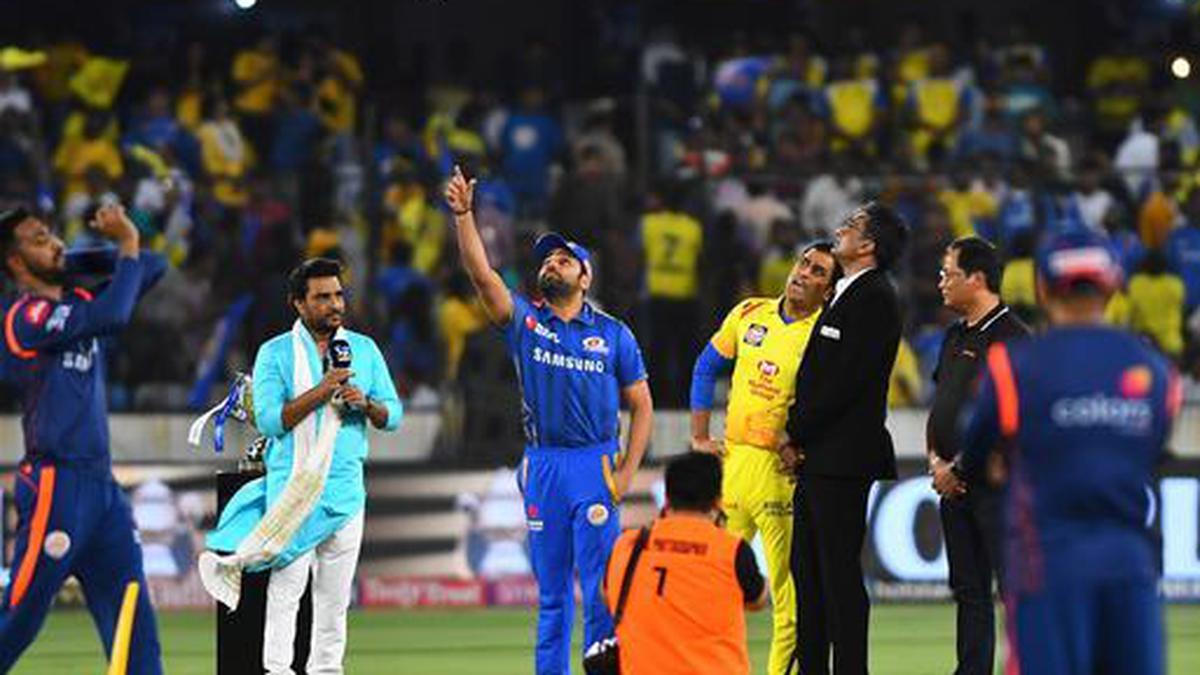 Even though the Governing Council chairman Brijesh Patel had earlier told Sportstar that the ‘detailed discussions’ will be held ‘keeping all factors in mind’, the franchises seek clarity on the Standard Operating Procedure (SOP), logistics and availability of overseas players among other things.

With the tournament set to begin in the United Arab Emirates from September 19, not much time is left in terms of preparation and some franchises plan to organise ‘small camps’ or ‘assemble’ all the Indian players inside a bubble before flying out to the Emirates.

Chennai Super Kings CEO Kasi Viswanath said on Saturday that the franchise is yet to decide on the future course of action. “We have not made any plans as of now, till we get the official confirmation from the BCCI and the Governing Council,” Viswanath said, refuting claims that CSK could reach the Emirates by August 12.

As the Indian cricket board readies its plans for the IPL, the coronavirus pandemic has seen the cancellation of Dubai Rugby Sevens that was scheduled to be held from November 26-28.

The franchises seek clear guidelines and SOPs for the IPL. Patel had earlier told this publication that the SOPs will be prepared keeping the ICC and the FIFA guidelines in mind. The BCCI has drafted detailed guidelines, which will be discussed on Sunday.

There is also no clarity on the quarantine rules for the overseas players, and the franchises seek answers on who all would be allowed inside the bubble. “As of now, what we know is that the teams will have to make their own arrangements in terms of hotels and creating the bubble. In this regard, we also need to know what are the security measures that one need to adapt,” one of the senior franchise officials said, adding: “We need to know about the medical arrangements as well…”

The schedule of the tournament is also set to be finalised in the meeting. There are reports that the final could be pushed back by a couple of days and be held on November 10. There is also a possibility that the double-headers could be reduced to avoid the excruciating UAE heat and also give the broadcasters the prime time slot.

“The sooner we get the SOPs and other guidelines, the better it will be for us to get things in place. There are logistical issues, visa issues which need to be sorted,” an official said.

Sources tracking developments indicate that the players could be tested in India before flying to the UAE, where they would be tested again.

Top officials in the BCCI have also confirmed that there would be discussions on the sponsorship model for the IPL, which has come under scanner due to the prevailing tension between India and China. While Vivo is the title sponsor, PayTM, Dream 11, BYJUs and Swiggy – who have Chinese investments – are other sponsors of the tournament.

There could also be discussions on how the Anti-Corruption Unit would operate during the tournament; possibilities of seeking ICC help could also be explored.

In 2019, the Board’s ACU had independently handled the operations during the IPL.

Star Australian pacer Mitchell Starc has reached a settlement in his fight for an insurance payout of USD 1.53 million for losing his IPL...
Read more
IPL 2020

IPL 2020: Kohli and RCB teammates to reach UAE in last week of August

Players and staff of Royal Challengers Bangalore (RCB) are set to fly out to United Arab Emirates in the last week of August, RCB...
Read more

This site uses Akismet to reduce spam. Learn how your comment data is processed.

NEW DELHI: A cop was killed and two others were injured when a Honda City car driven by a drunk man hit the...
Read more

WhatsApp is working to enable syncing of chat history across platforms, according to a report. The new change would particularly be in line...
Read more
Load more

Top Fashion Trends to Look for in Every Important Collection

Spring Fashion Show at the University of Michigan Has Started

ABOUT US
Hppy news is your news, entertainment, music fashion website. We provide you with the latest breaking news and videos straight from the entertainment industry.
Contact us: info@hppynews.com
FOLLOW US
© Hppynews 2019-2020 All Reserved By Hppynews.com